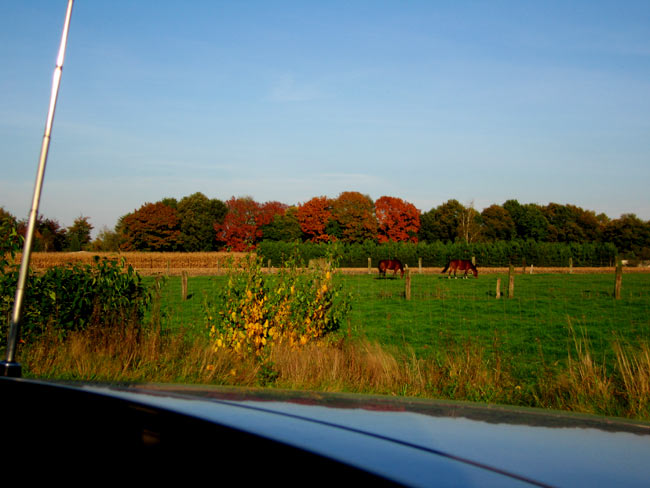 Had my first sunny roofless siesta in the car, at 17h.
I bought it from a nail care woman.
It is an ex-biker’s dream.
And at the same time a woman’s car.
Its the most affordable sports car, to buy and to run.
and it has a DOHC.
My first memory of seeing these 4 letters and experiencing what they can do, were in the early 80’s,
on the back seat of a red Toyota GT, must have been a Corolla, racing through the A-city after a concert.

I still can’t grasp the idea of a car engine, functioning the way everybody says it does,
because I can’t imagine anything detonating 33 times a second in a controlled way.
But once I accept this, I can understand what follows.
You need the air and fuel to get in, and the garbage after the detonation to get out.
The doors for entrance and exit of the engine -actually of the cylinders- are called valves.
The more valves, the better you can feed your detonation and make room for the next.
The timing of the opening and closing of these doors/valves is done by a specially shaped metal bar, called the cam shaft.
With two of these camshafts, you can handle the crucial 4 valves per cylinder, resulting in the second magical symbol: 16V. The camshafts are on top the engine/cylinders, therefore DOHC, Double OverHead Camshaft.
So I liked it when I saw the engine of this grey 128.000km Mazda has DOHC printed on it.
I liked the way it woke up after two months sleep.
I liked its sound at about 50 alledged detonations a second.
I liked the steering when leaving the roundabout.
I liked the wind in my hair.
Some other true advantages are:
in winter you can’t drink and drive, because the ass of this car will try to get in front of its nose,
and you can forget about buying big things, because you simply can’t take them home.

Okay, it is not a comfortable car to sleep in,
to cook in,
or make love in.
But hey, I’m renting a place in the B-city.
And I keep seeing these dead rats.