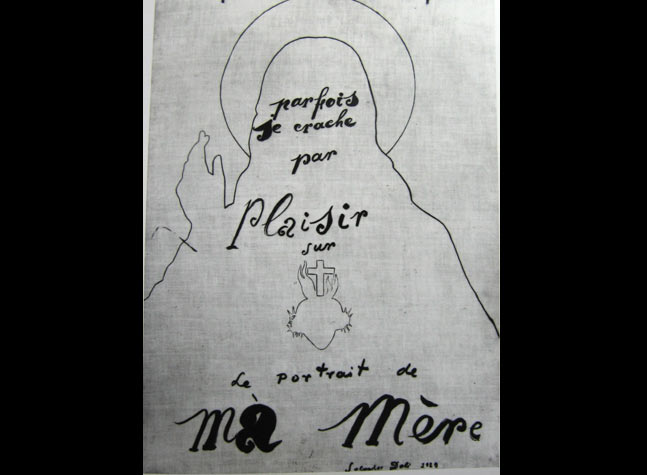 I’m absorbing this book,
it has loads of images in it,
and even more German words combined in long sentences.
I ordered “Bunuel Auge des Jahrhunderts” through the internet,
after I discovered it in the mini-library of the Single in Antwerp- thanks Wouter & Sarah!
If I remember well, it was one of the books chosen by the infamous Jan Fabre,
the one who decorated a royal ceiling with bugs.
It’s a catalogue from a retrospective held in Bonn in ’94.

Among many things, it showed me where that liquor ad most probably came from:
30ies Salvador Dali is still pure.

Ah yes, about the Vatican then.
I had the privilege of crossing the sword with a certain Segnor Segnieri,
a media priest presiding the OCIC jury I was a member of during the Venice Film Festival ’92
-in those days I did everything to get accredited at a film festival.
Segnieri was in my eyes a diginified representant of the rich history of hypocrisy and malignant repression for its own power’s sake the Roman Katholic Church is guilty of.