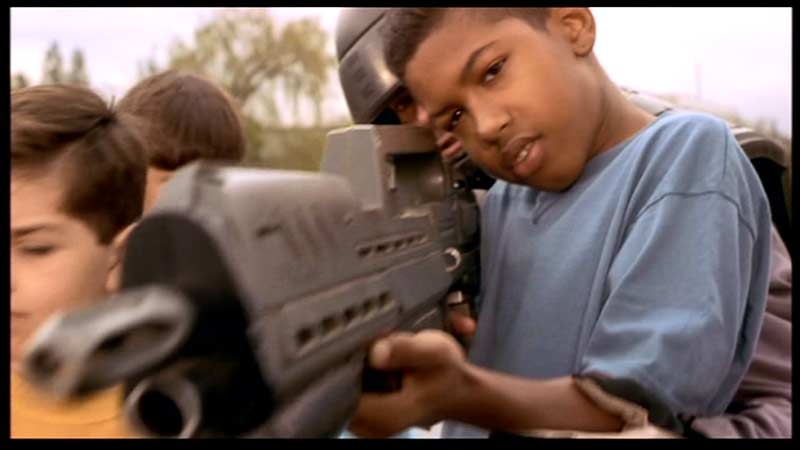 n ’98 Paul Verhoeven finished a 100 million dollar extravaganza about some federation wanting to exterminate the Iraki race, sorry Arachnid race, to remain dominator of the universe.
This is about WW II states the director, who started his carreer in the Netherlands.
Sure, meanwhile he weaves about every American filmclichÃ© -football touch down ends in kiss, drill instructor abuse, desert fort under attack- into a spell subverting the rethoric of propaganda, using nazi symbolism and all american kids to portray the human federation -us, the good guys- organising itself into counter attack, using a mixed shower scene to let recruits declare their motivation to join the army… Pretty disturbing because brilliantly told entertainment -Verhoeven’s typical mix spiced with cruelty and sex- howling at the fascism he seems to perceive as inherent to our western culture.
Paul Verhoeven, part of a long tradition of European talent surviving within the Hollywood system.
Starship Troopers, unacclaimed masterpiece of the 90’s.*