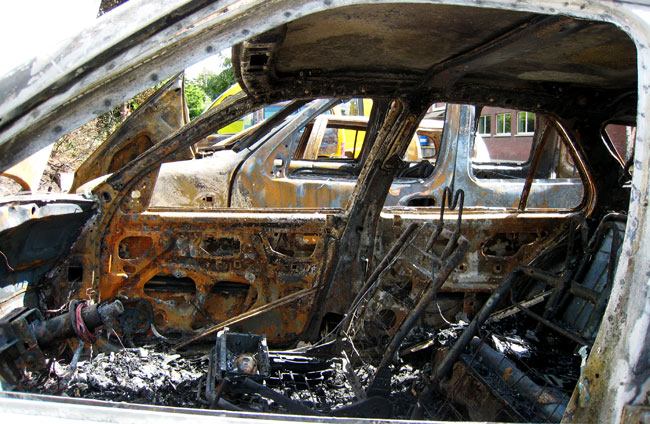 The 21st of July we celebrate us being a ‘country’.
While celebrating the wish for unity between two different communities might be a good idea,
I wonder why we have to cheer the presence of a significant amount of killing machines in our capital.
Is it that we are proud and happy that -after a few thousand years of ‘modern man’-
we still continue spending fortunes on threat and violence as a way to solve problems between countries and communities?

Only fair then, that on the same noisy fire works night,
some people were probably proud and happy to torch three cars
parked just behind the main building of the station.

The next morning, I wasn’t the only photographer.
A train conductor was happy to talk to me,
in between talking more pictures from more angles than I did,
the age of digital photography.

12 hours later there was a second fire,
the wooden shelter on the playground.