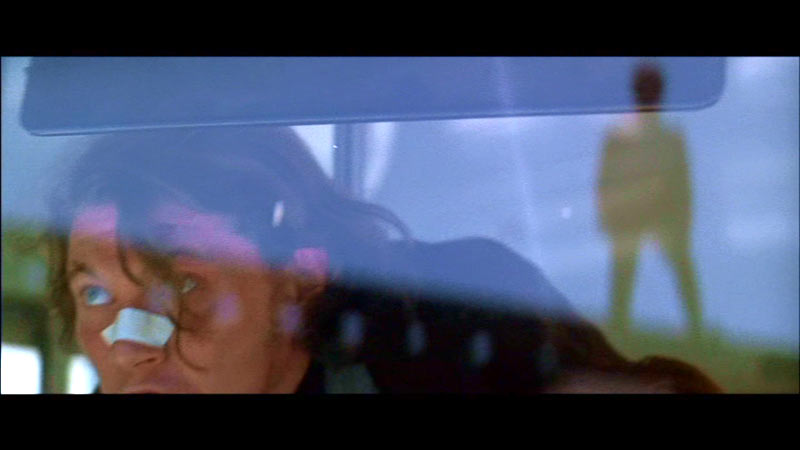 Don Siegel gave Wayne his dignified on screen death from cancer in ‘The Shootist’ (76). Siegel mirrored cold war paranoia in the sci-fi horror classic ‘Invasion of the Body Snatchers’ (1956), and he got even colder with Dickinson/Marvin in ‘The Killers’ (1964).
He directed ‘Escape from Alcatraz’ with Bruce Surtees as director of photograpy, son of Robert… who did ‘The Graduate’. Let’s stick with Surtees for a second, in his filmography you can find the underrated ‘The Outfit’ , Clint Eastwood’s self directed westerns ‘Outlaw Josey Wales’ (1976) and ‘Pale Rider’ (1985) … and Siegel’s ‘The Shootist’.
Siegel-Eastwood teamed up five times as a director-actor team, three of them with Surtees, two of them with Surtees and Lalo Schifrin, who scored five movies in total for Siegel.
One of the two movies that feature the Siegel-Surtees-Schifrin-Eastwood combination is ‘Dirty Harry’.
A movie that became a series, (in)famous for its dialogues, co-written by Harry Julian Fink and Rita M. Fink… and John Milius,
the latter working on two of the Dirty Harry’s, the first two on all of them.

But only the first Dirty Harry combines the talented quartet.