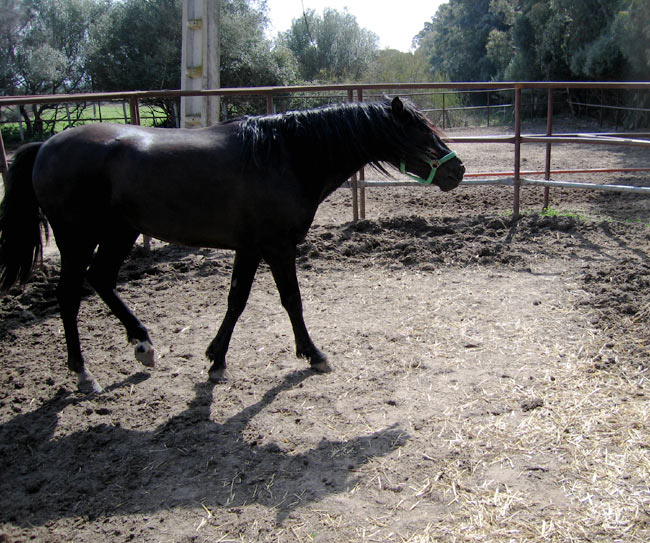 Caught myself the young stallion,
alone, twice*.
He isn’t the biggest, nor the baddest,
and in the end, it is nothing any 12 year old Andalusion boy couldn’t do,
but there were enough mares around to drive him wild -the reason why he escaped in the first place-
and untrained stallions like to use their front legs for kicking and they are pretty swift in doing so,
so it still remains a heroic act for a suburbian nomad rat like me.

* Not that I let him escape again, not from my hands anyway, but not knowing where he came from, and after having tried to put him in a box between two other stallions -nice try to get killed-I put him back in the field he escaped from the first time.