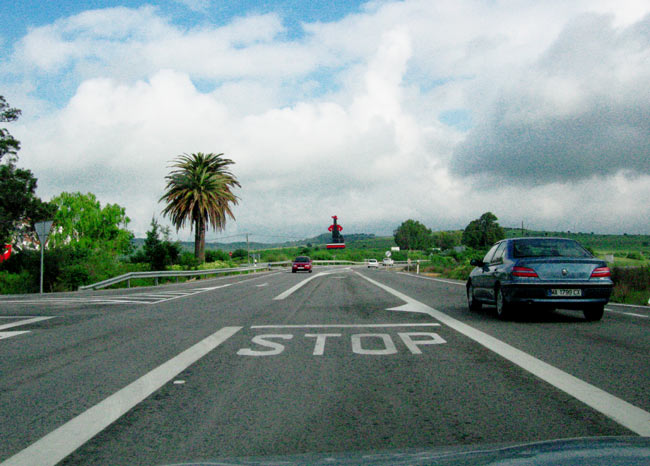 ‘The one bull that got a pardon’.
That is how the typical bull silhouette is sometimes called. It started its carreer along many Spanish road, as a nameless long term publicity campaign for a liquor company. But when authorities threatened to remove them, public opinion roared: the ad had become an icon, representing its country. Cornudo, y con cojones. With horns and balls.