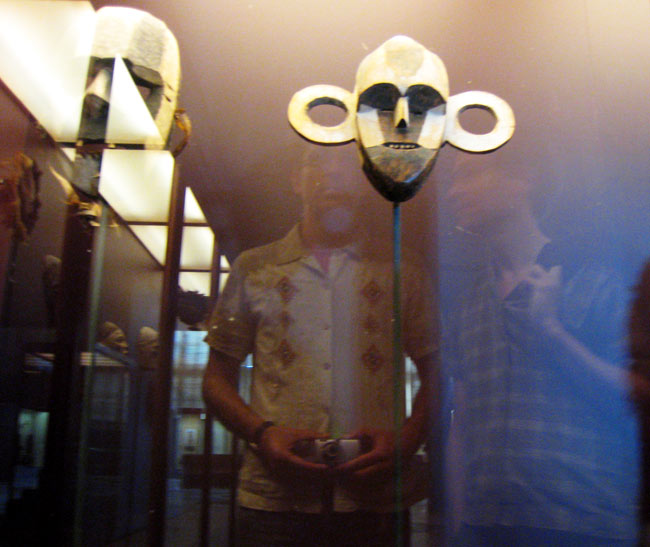 The Royal Museum of Central Africa remains a monument.
It celebrates the shamelessness of a country that -as many other European country- boosted its wealth and industrial development with the deadly exploitation of a far-off region.

If the Royal Museum of Central Africa were a book, it would be like this:
after ten pages suddenly there would be this footnote that everything you’ve read till now,
most of what you are about to read and also the overall structure of the book,
represents an outdated view of many decades ago,
and that it is actually now considered wrong.
And then you could go on reading and enjoying the ‘charm’ of the colonial viewpoint.

As the museum states on its own website:
“The permanent exhibition has hardly changed since the nineteen-sixties. It still reflects the European colonial view of Africa at that time.”
I find many aspects troubling about these two sentences:
a) they suggest there is a difference between this ‘view of the sixties’ and the ideology with which the country was invaded from 1885 on
b) but to my eyes the â€œsixties viewâ€ pretty much reflects the good old 1885 view, mainlly because there is no trace from the critical interventions/publications that have been emerging since the earliest decades of this particular colonialisation – in both Belgium and other countries
c) what ‘European’ view? Did some European committee organise the exhibition?
d) what ever happened to the difference between the political view of Africa and the scientific one?
e) how can you state this without any serious explanation and apology?
Why did the museum in all these decades do nothing more than put up small warning signs that what you are looking at is sort of wrong?
Why did it take until 2006 before a ‘renovation’ was ordered?

Because indeed, the Museum has announced a ‘renovation’,
building will be starting in 2010.
Communication about the renovation is as scary as the current permanent exhibition:
“The aim of the restoration and renovation project is to bring the museum into line with the needs and requirements of the 21st century, but without affecting its charm.”
Is ‘charm’ a mistype for ‘shame’?
Or does the museum want to preserve the charm of colonialist ideology?
The charm presenting savages in skirts made of straw waiting to be ‘freed from slavery’, so as to be imposed forced labour upon, far too many times till death?

The Royal Museum of Central Africa does have a revisionist permanent exhibition,
its communication is embarrassing,
so what can we gather from looking at the on line presentation of the Museum’s research institute?
Can we see anything that conveys the will to change the image of the masked savages?
Unsurprisingly, from looking at their website, this does not seem to be a priority.

Can the Royal Museum of Central Africa be anything but the representation of how Belgium today looks at its former colony?
Does this mean Belgium is still denying Central Africa its own pre-colonial history, culture and civilisations,
and is still pretty much ignoring that colonisation was ruthlessly driven by greed and in no way took into account sustainable development of the region we exploited?
Does this mean we will continue looking down at most of Africa with superior eyes,
feeling the need to tell ‘the underdeveloped’ and ‘the not coping’ what to do,
giving us the excuse not to strive for a dialogue with -equally- worthy human beings?